Although we were back to the usual month of May for the Balfour Cup, despite Covid-19 regulations still being in place, the heavy rains of the previous day had closed most golf courses in the area. It was a case of waiting for a course inspection at 7.00 am on Sunday morning to decide if it was going to be possible to play the competition. Davyhulme Golf Club had brought in extra staff and they were able to open the course for the planned start time of 7.50 am.

The tee-sheet had been full for some time, and as soon as anyone had to withdraw, there was another player waiting to take his place. It had been decided to have 3.00 pm as the final tee-time so this allowed for 132 players to take part in the competition.

In the meantime, Duncan Bracken (11), who had been putting to good use the skills picked up in recent lessons with the club professional Martin Hamer, posted a nett 64. Duncan had dropped 3 shots on the first 9 and then came back in level par. This proved to be the winning score. 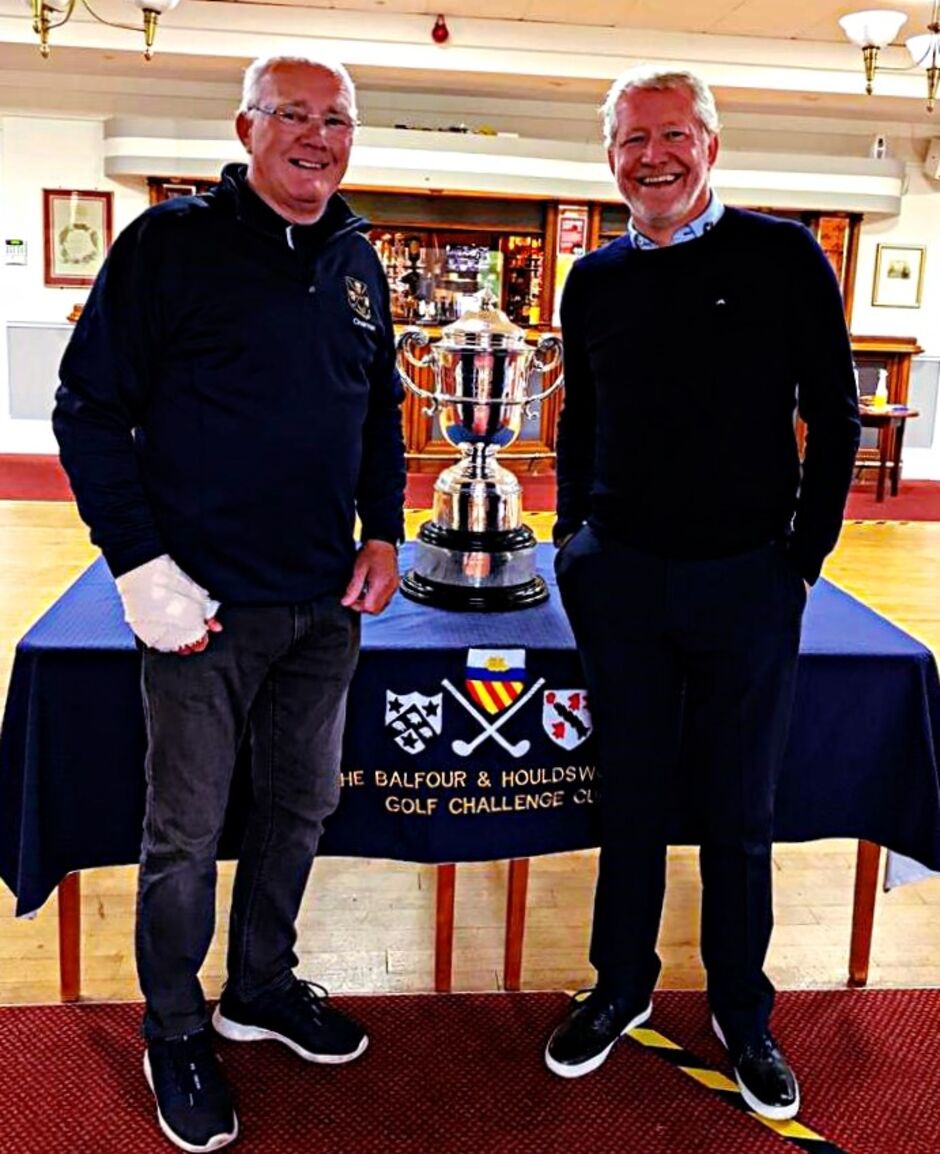 He was closely followed by Adam Griffiths(1) of Worsley GC with a 1 under par gross 71.

In total there were 129 Birdies + 3 Eagles during the course of the day.

B&H Chairman John Farmer played his usual role of Mr Starter for the day,and he found it very helpful that Davyhulme member Doug Craig arranged for all the players to proceed to the Tee at their appointed times. Mr Starter thanked Doug for his help and has noted that he would like such assistance at all future competitions! 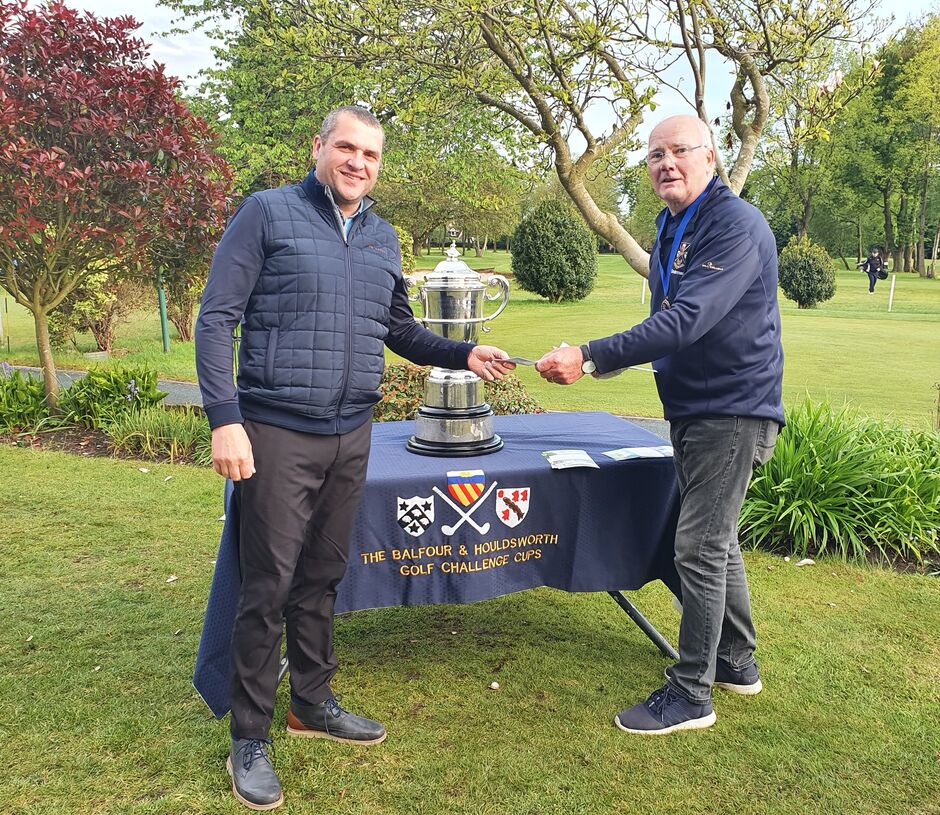 Craig Jones of Flixton -  2nd place with a nett 68

The weather in the evening became somewhat warmer and it was possible to hold the Presentations in the gardens next the clubhouse. Davyhulme Captain John Clutton had sent his apologies and the club was represented by the President Morris Daniels. B&H Chairman John Farmer began by giving honourable mentions to Dave Young of Didsbury GC (2)who had posted a 73 gross and Adam Griffiths of Worsley GC (1) who had returned a 71 gross. Just missing out on the prizes following card play-offs was Simon Berry (13) of Stand GC with his nett 69.

The Balfour and Houldsworth President, Keith Dingley, thanked Davyhulme Golf Club, first of all for hosting the Balfour Cup for the 5th time and being able to get the course into a playable condition, after such horrendous weather on the day before, and then for facilitating such a superb day as regards the arrangement for golf and the catering provided.

A total of £775 in Pro shop vouchers was awarded to the winners. 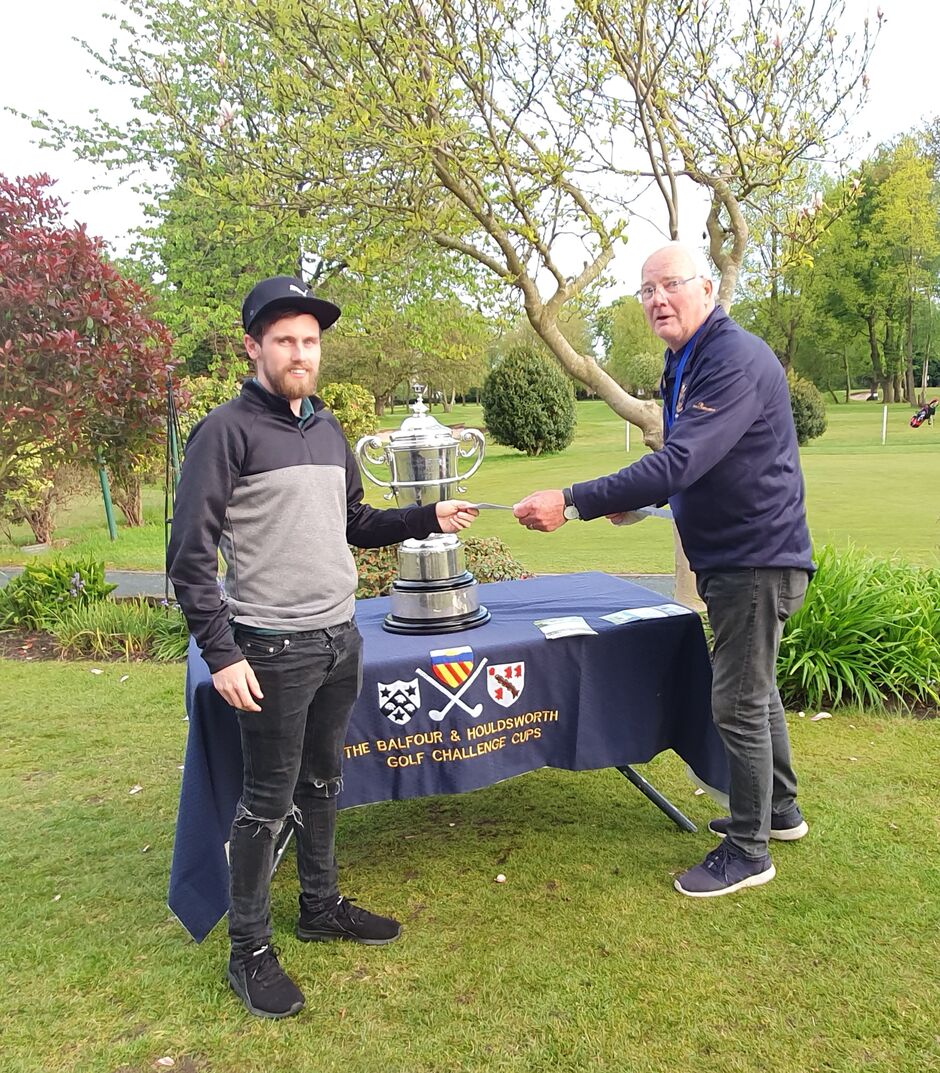 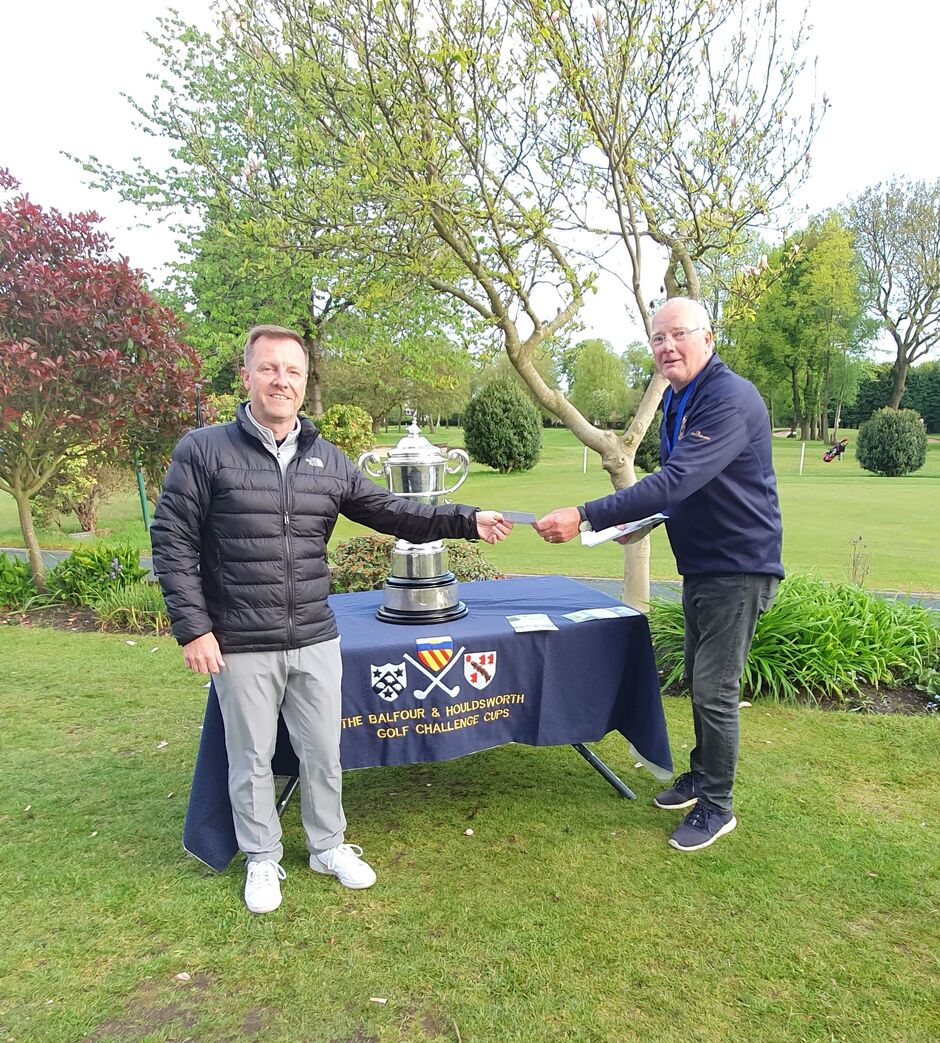 CLICK HERE TO VIEW THE FULL RESULTS OF THE 2021 BALFOUR CUP.