A total of 126 players entered the 2020 G S Lancashire and 22 clubs were represented. The Tee Sheet had been full from 9.30 am through to 2.30 pm and few additional places were added to accommodate late entries. This was not far short of double the entries for 2019, when the competition had been played as a mixed team event for the first time.

The forecast for the day had been good, but the morning players did get a little wet from the occasional shower.

Players had been advised of the arrangements, which Withington Golf Club had put in place to deal with the restrictions imposed by Covid-19, and all seemed to work smoothly. The B&H committee members had set up a gazebo by the first tee to act as the registration point, and this was duly equipped with a protective screen and hand sanitising facilities. Food menus were available and players were invited to pre-order their choices from the menu for when they returned to the clubhouse.

When the first teams started to return to the clubhouse the scores were in the mid-70's. We had to wait until 3.00 pm for a score of 78 points to be posted and it was not until 6.00 pm in the afternoon that a score of 81 points was posted by the winning team of Greg Norbury, Judith Godley and Hayley & Jeff Stikes. This was quite a contrast to the scores returned the previous year, 2019 at Stand, when the top 7 teams all scored between 81 point and 85 points. Is Stand that much easier than Withington ?? - hard to believe, but no doubt all will be revealed when the World Index comes into operation!

This was the second GS Lancs win in 4 years for Greg Norbury. He won it in 2017, when it was a pair's competition and he partnered Carol Brady at Davyhulme Park.

The 78 points, which had been posted in mid afternoon, by Sale members Mobishir & Catherine Rawthore, alongside Steve Rourke and Julie Matthews, secured them second place.  Three teams came home with 77 points, and a card-playoff resulted in third place going to Stephen Murray, Jean Kelly and the 2019 winners Allan & Sue Rudman of Worsley Marriott.

A total of £780 in Prize Vouchers was awarded to the teams to share and spend in the Pro’s shop:


In view of the Covid-19 restrictions which were in place, it was not possible to plan a presentation immediately after the competition.

However, because the winners were still in the clubhouse when the results were declared, it was possible to hold an ad hoc presentation along with the traditional photoshoot. 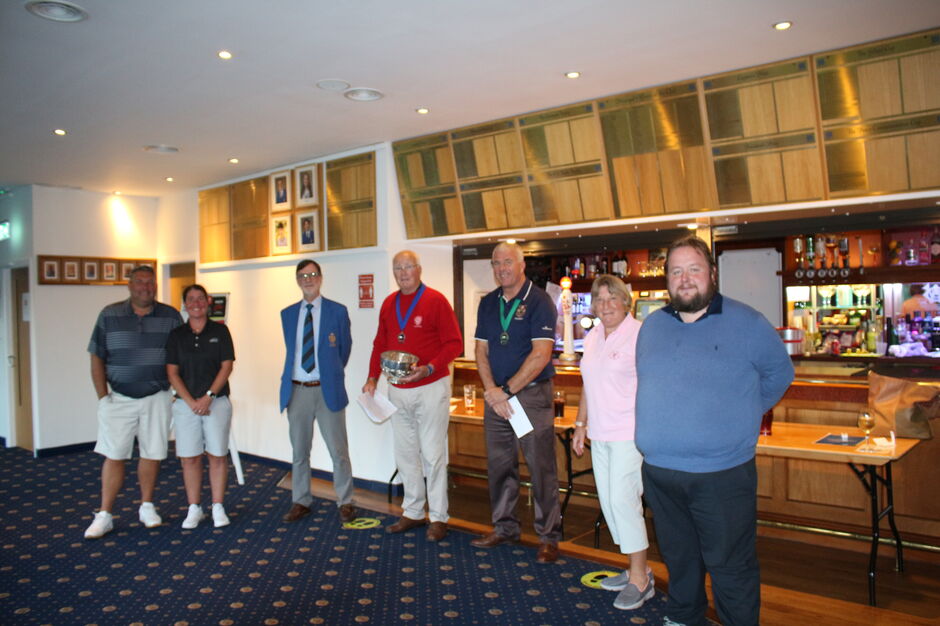 Social Distancting in operation for the Presentation ! 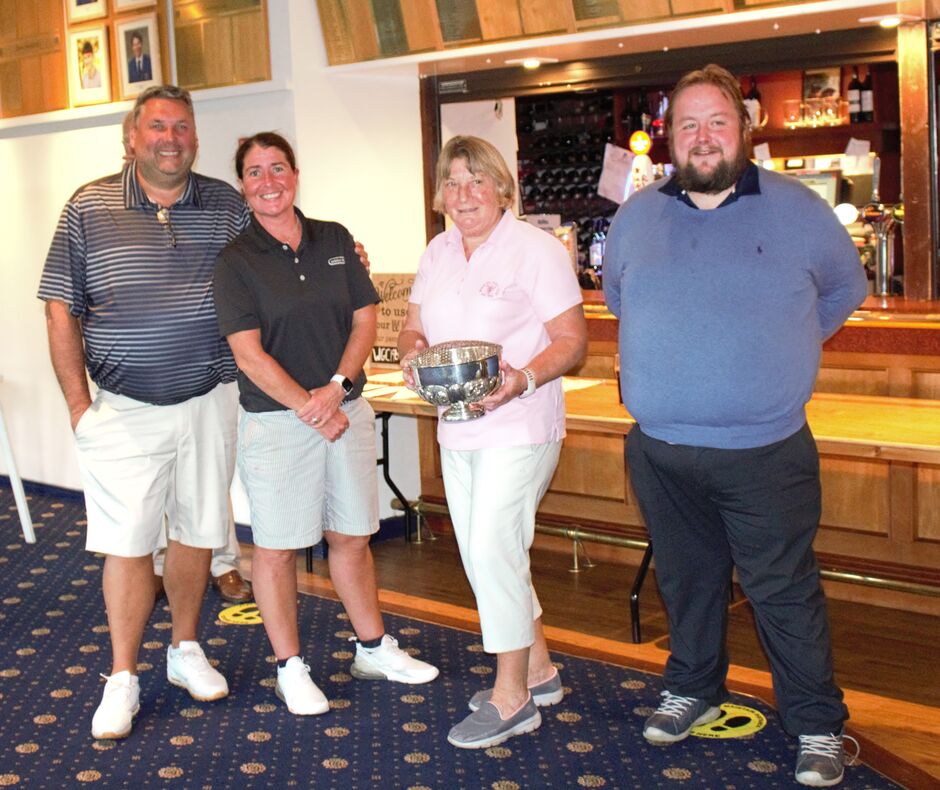 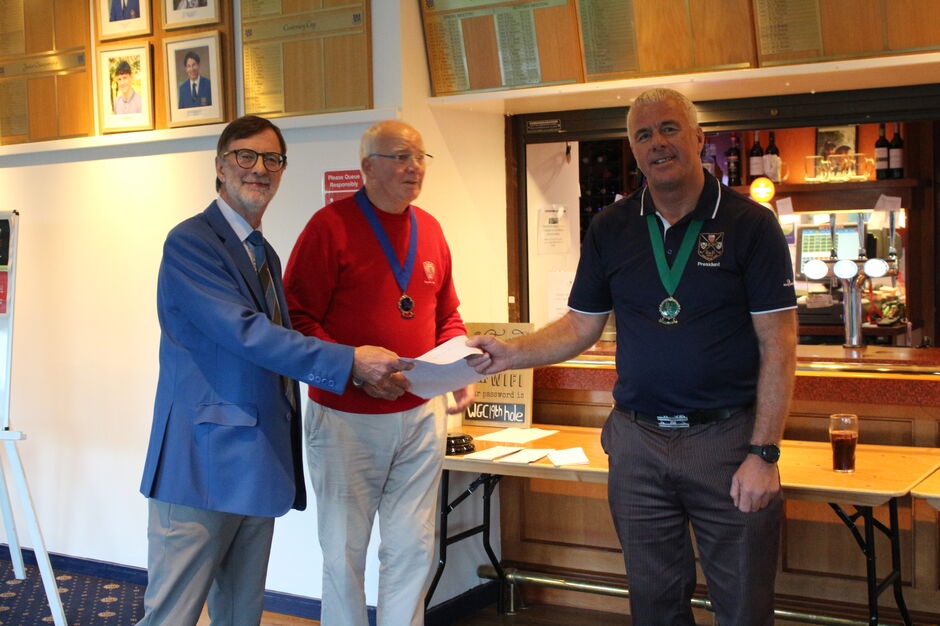 Stephen salt with a cheque in appreciation for the use of the course.


CLICK HERE TO VIEW THE FULL RESULTS OF THE 2020 GS LANCS.

The 2021 G S Lancs will be played at Leigh Golf Club for the first time on 11th July  2021. The Tee-sheet is now open for those who would like to secure their preferred times.