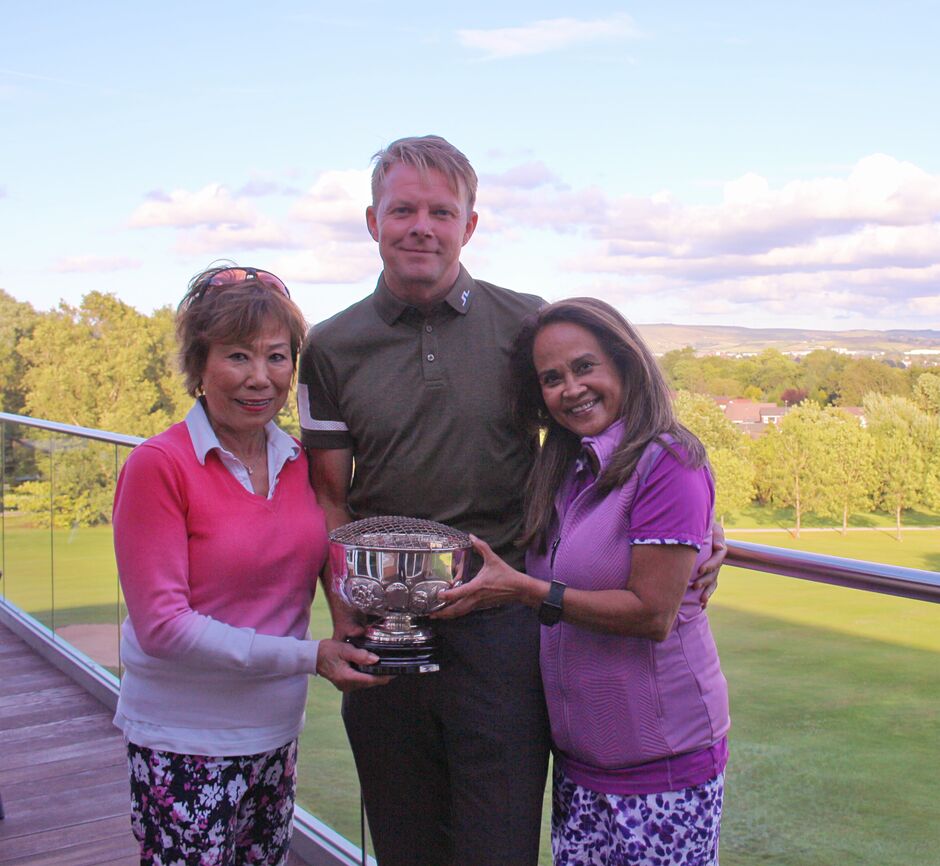 (Matthew Needham of Whitefield Golf Club was the other team member)

This was the second time in the 101 year history of the G S Lancashire Cup that it was being hosted by Rochdale Golf Club. The one previous occasion was in 2010. Rochdale GC has also hosted the Houldsworth Cup in 1992 and the Balfour Cup in 1988. Edwin Mycock, a past captain of Rochdale won the Balfour Cup at Stand GC in 1927 and played for Lancashire on 19 occasions.

The field was made up of 128 players from 25 different clubs. The tee-sheets and labels for the score cards were printed out at 6.30 am to take account of any handicap changes which may have occurred overnight via the WHS. One thing which was missed, however, was that the Stroke Index for Rochdale GC had been updated after the competition was set up in 2021. This caused some initial confusion, until the problem was rectified thanks to assistance from Intelligent Golf.

The first team out at 9.00 am, made up of Kevin Speight, Ian Marsh, Julie Speight and Chloe Marsh of Bury Golf Club, set the early pace with a team score of 82 Points.  This score led the field for the first three hours until Maureen Liew-Jolleys, Cheryl Thorpe and Matthew Needham of Whitefield Golf Club along with Martin Royle of Worsley Golf Club returned a score of 84 points.

The report of the last year’s GS Lancs noted that “A late challenge came in from the Leigh Captains Allan Wain & Helen Pennington, accompanied by past winners David and Lynda Knapper, whose 84 points managed to secure them second place on a card-play off.” Exactly the same thing happened this year!

The early morning team from Bury GC managed to hold on to 3rd place on a card play-off with the Rochdale trio of  Sheila Eaton, Jim Eaton and Nicolas J Cummins accompanied by Lesley Bates of Worsley GC. (82 points)

On behalf of the B&H Competitions Committee, John Farmer expressed his thanks to Rochdale Golf Club for hosting the competition and for the excellent state of the course and the services provided to players in the Club House. Lady Captain, Pat Grant, had done great work liaising with the B&H committee and promoting the competition among Rochdale members, and this resulted in 23 of them taking part.

The Rochdale Captain, Neil Butterworth, thanked all those who had taken part and complimented the B&H Committee for the excellent organisation of the day. He declared, with amusement, that he had had something of a shock, when as a Rochdale Labour Councillor, he found himself playing in a golf society, which had been sponsored originally by two Manchester Conservative Members of Parliament – Sir William Houldsworth and Lord Arthur Balfour!

A total of £800 in Prize Vouchers was awarded to the teams to share and spend in the Pro’s shop: 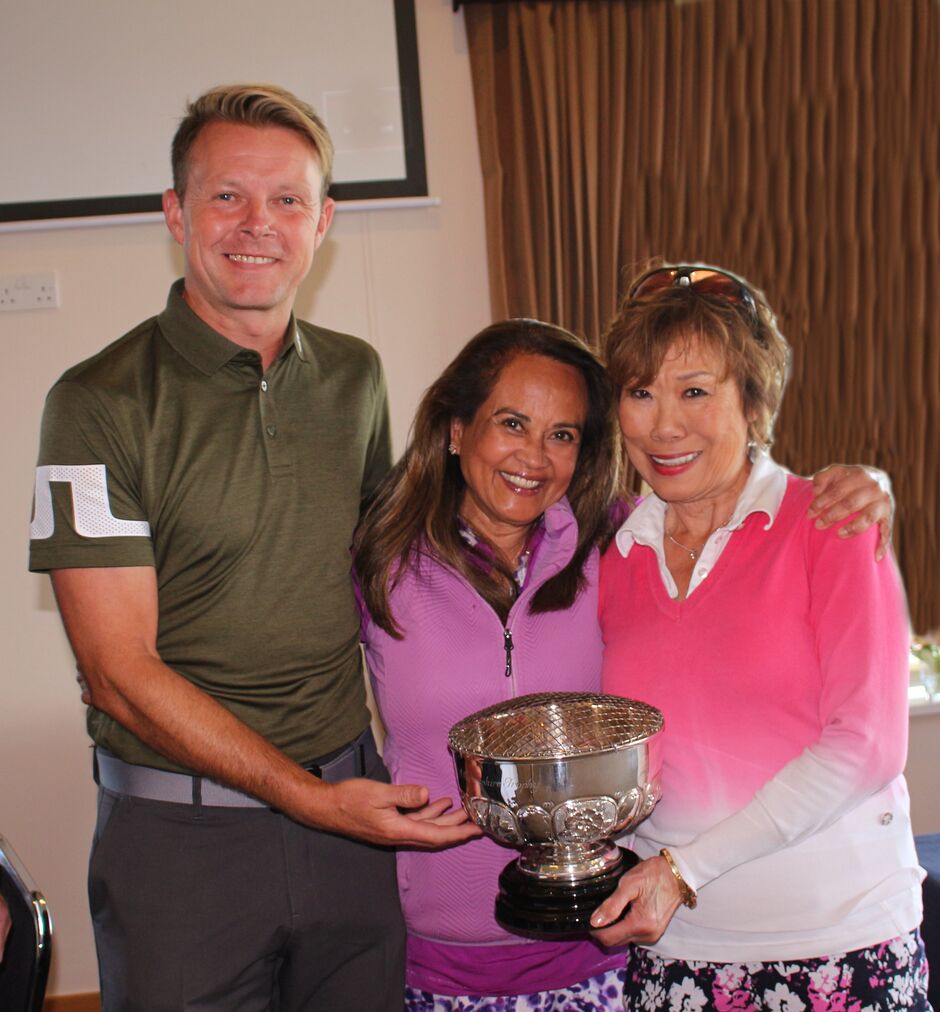 The 2022 GS Lancashire Winners with 84 points on a CPO

(Matthew Needham of Whitefield Golf Club was the other team member) 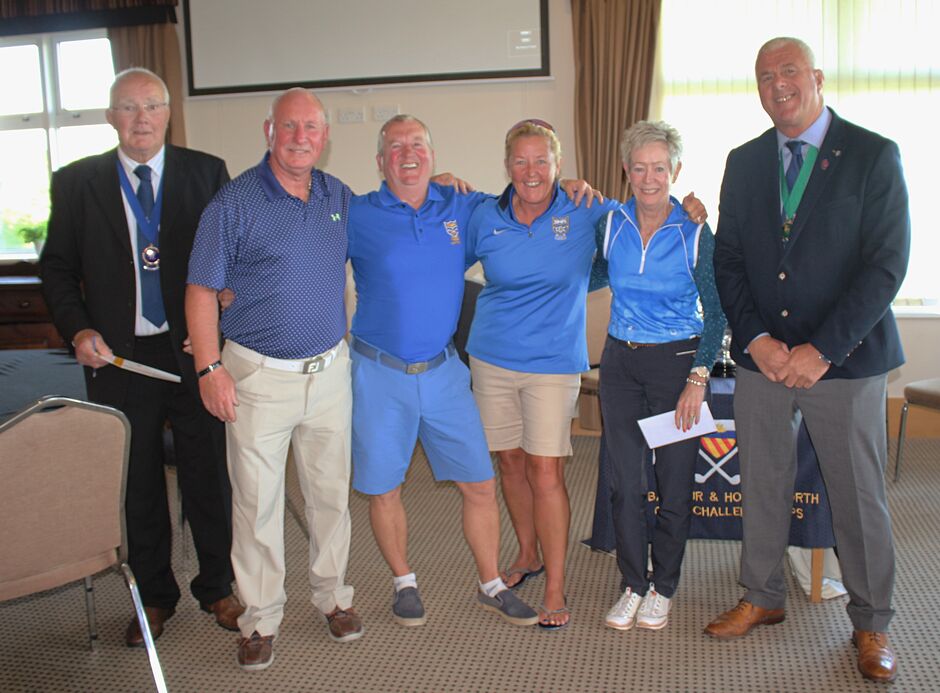 Second place with 84 points on a CPO

Third place with 82 points on a CPO 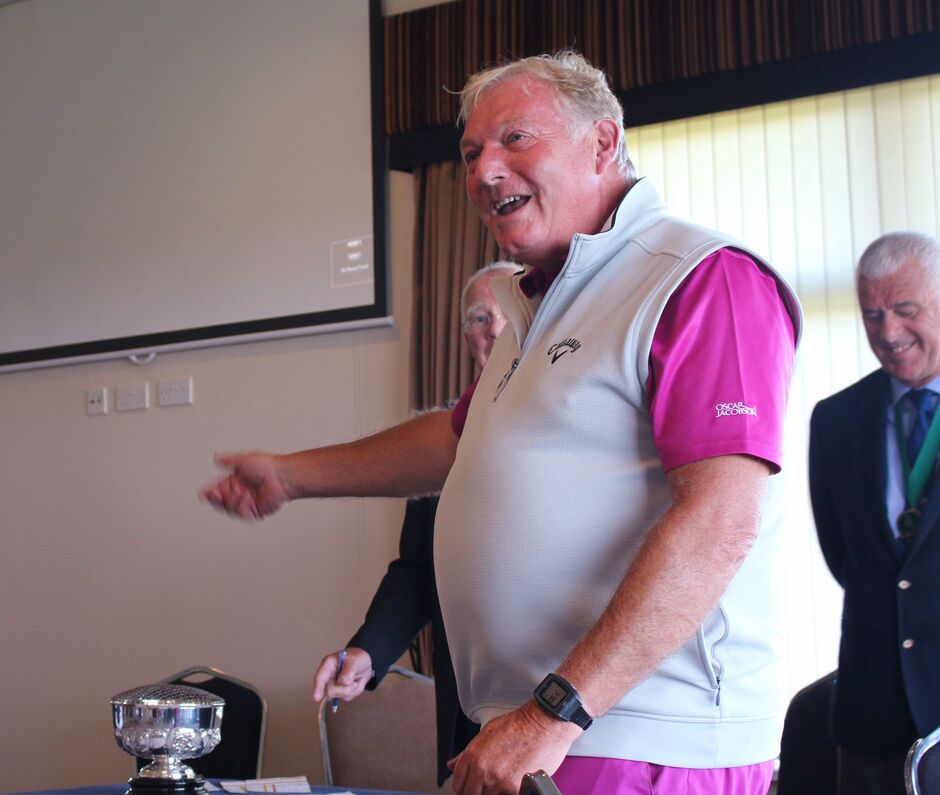 Rochdale Captain Neil Butterworth is amused when he learns of the origin of the B&H Golf Challenge Cups!

A few more photos from the day

The 2023 G S Lancs will be played at Davenport  Golf Club.

The Tee-sheet is now open for those who would like to secure their preferred times.

This week the National Federation of Fruit and Potato Trades’ Associations have been holding their conference in Manchester, and they had councillor James Blindell, M.P., as their chief guest at their annual diner. The President of the Federation. Mr. G. S. Lancashire, is a well known Manchester fruit and potato merchant, who has achieved success in various walks of life. He is an accomplished linguist, wide traveller, is well-known in literary circles, has written extensively, and is a golfer of note and the donor of the GS. Lancashire Golf Cup.