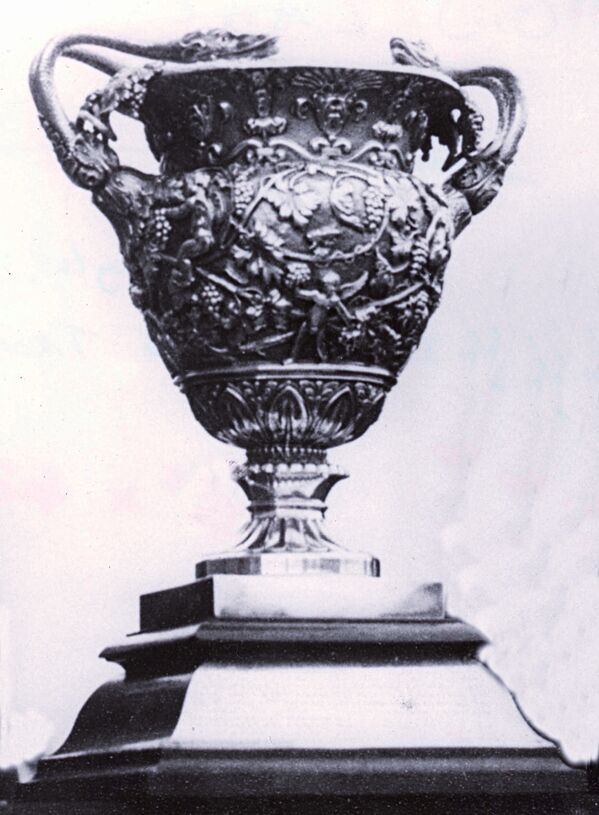 100 years ago in 1921, Worsley Golf Club hosted the first ever G S Lancashire Cup, when it became the third Major in the Balfour & Houldsworth Golf Challenge Cup series.

The Cup had been presented by George S Lancashire, a member of North Manchester Golf Club and a well known Manchester fruit and potato merchant.  That year it was won by Mr W H Fallows  and Mrs I W Reid of Romiley Golf Club.

This year 2021, will be the 100th Anniversary of the G S Lancs (its short title), and  Leigh Golf Club will host it for the first time on Sunday 11th July.

In 2019 the format of the competition changed and it became a mixed team event. Last year Worsley member Judith Godley teamed up with 3 members of Flixton GC and they collected the  first prize of £400, as the winners of the GS Lancs at Withington.

We have a small collection of photos of the  winners over the past 11 years and a few more going back to 1961.

The original  G S Lancs trophy was stolen while on display at Withington GC in 1968 – it was the only thing stolen!  Finola O’Connor & Philip Taylor can be seen with the original trophy in the 1961 photo.

As noted above, Leigh Golf Club will be hosting the GS Lancs on Sunday 11th July. It will be the first time that Leigh GC have hosted a Balfour and Houldsworth Competition.

It is now a mixed team stableford event with the best gent and lady score counting on each hole. The entry fee is £60 for the team and it is expected that prize for the winning team will be  prize vouchers to the value of £400 and that there will be  c. £780 in prize vouchers to be won on the day.

Click here to access the link for  signing up for the 2021 GS Lancs  or  click here for the link to  all of the 2021 Balfour and Houldsworth Competitions.

The way to sign on for the competitions is to  use the CDH numbers of yourself and other players. Entering the CDH numbers will bring up the names of the players and their home clubs. You then just need to enter your own contact details.

Should you require any further information or assistance in signing on for any B&H competitions, please contact David Haley using secretary@balfourandhouldsworth.co.uk