Unlike recent B&H competitions there was no danger of rain closing the course or spoiling the day. In fact, it was just the opposite with hot sunshine forecast for the 2021 Houldsworth Cup.

The first "hot score" of 11 up was returned by Kevin Speight and Ian Marsh of Bury Golf Club who teed-off at 8.00 am. Would they emulate Ian Denby and Richard Ellis of Bramhall Golf Club, who also teed-off at 8.00 am the last time the Houldworth Cup was held at Bury GC in 2016 and also came in with 11 up. They had remained leaders in the club house for the whole of the day with their 11 up and were the eventual 2016 winners.

Alas, this was not to be the case for Kevin and Ian, and they only held the lead until late in the morning, when Simon Hamnett and John Price of Ellesmere Golf Club also returned an 11 up, which took the lead on a card-play off. As the morning progressed five 7 ups were returned and then early afternoon came one of the highlights of the day, in more ways than one! Colin Stephenson of Bury GC, came back with a Hole in One on his card (17th Hole), which helped himself and partner David McDougall return a 9 up. 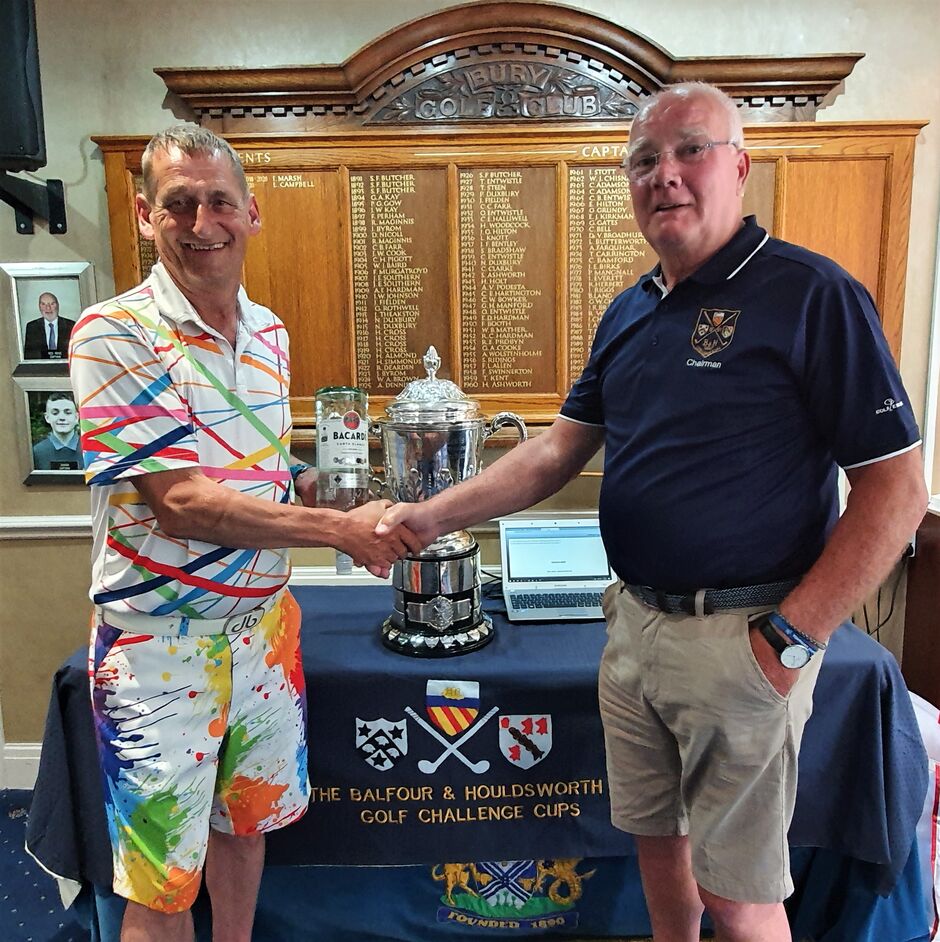 Late in the afternoon another 9 up was returned by Paul Cuthbert and Matthew Cuthbert of Pike Fold. However, they had to settle for 4th place on a card-play off. But as Paul noted in his "Thank you" speech, it was another case of father and son picking up a prize at the Houldsworth Cup. Just missing out on the prizes, but receiving a special mention, were Michael Meecham and Matthew Cuthbert of Pike Fold Golf Club with their 8 up.

A total of 168 players from 18 clubs across the region had taken part in the competition. Every pair returned a card and 73 of the 84 pairs were Level or better. Bury G C members were very well represented and made up almost one third of the field.

In his closing speech, B&H Chairman John Farmer thanked Bury Golf Club for the great support given to the 2021 Houldsworth Cup both as regards the number of members present and the facilities provided for a great day's golf!  He was joined at the Presentation by Bury G C's Captain, Barclay Chaisty and President Les Campbell. 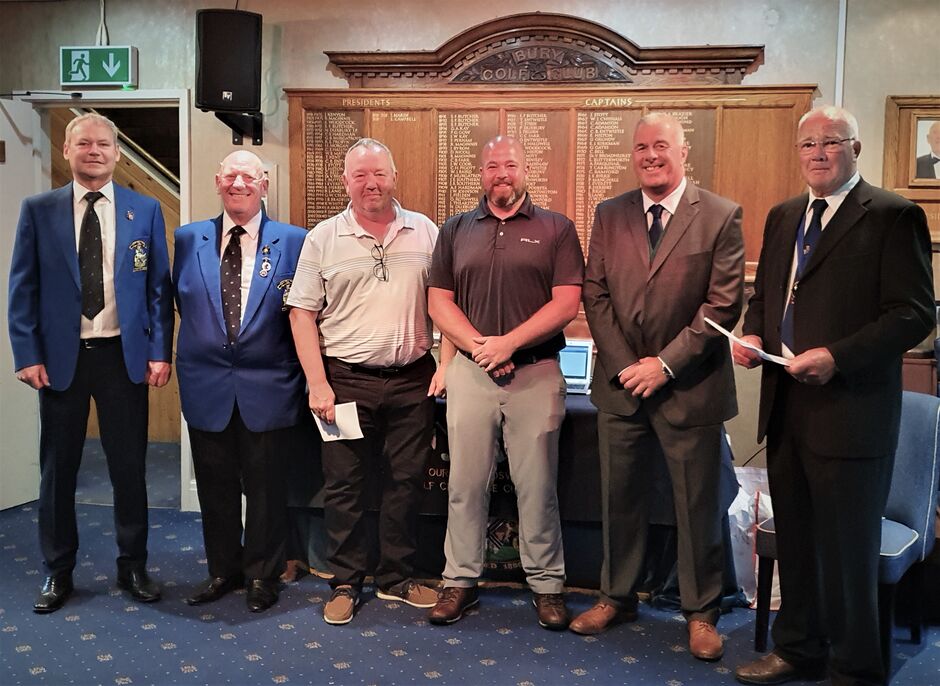 present the Houldsworth Cup to the 2021 winners Simon Hamnett and John Price. 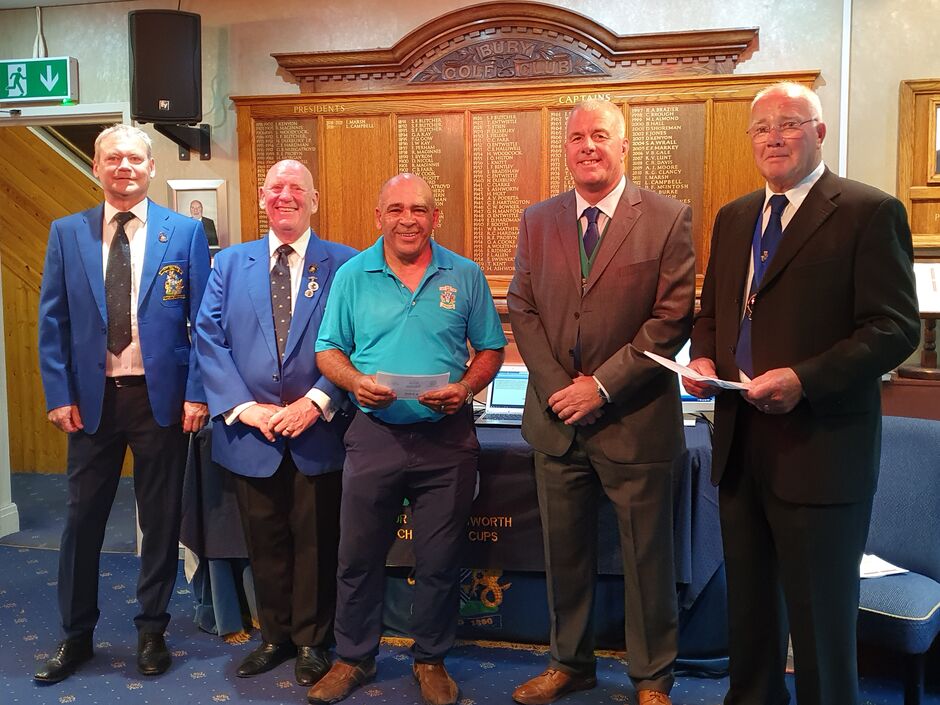 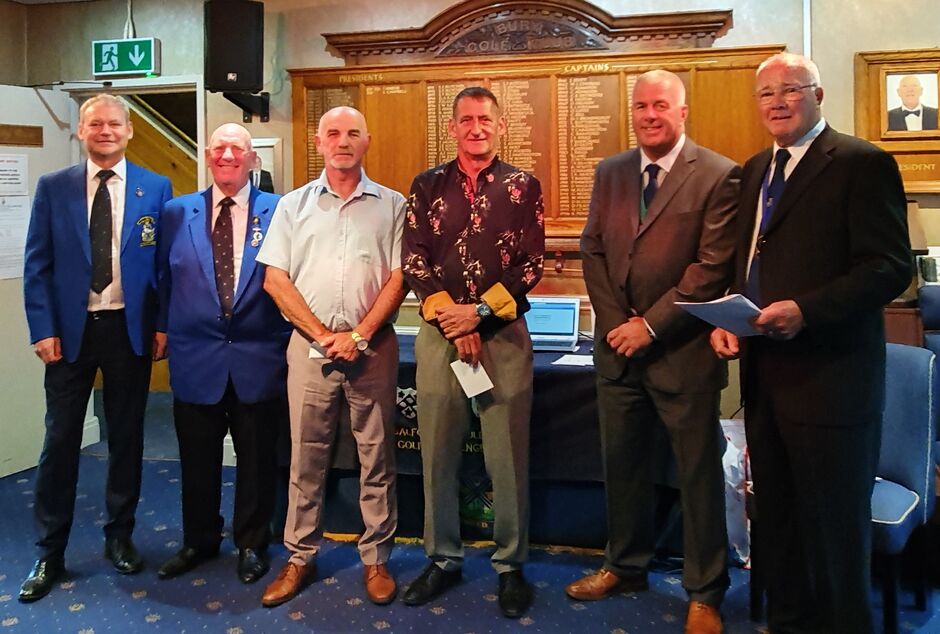 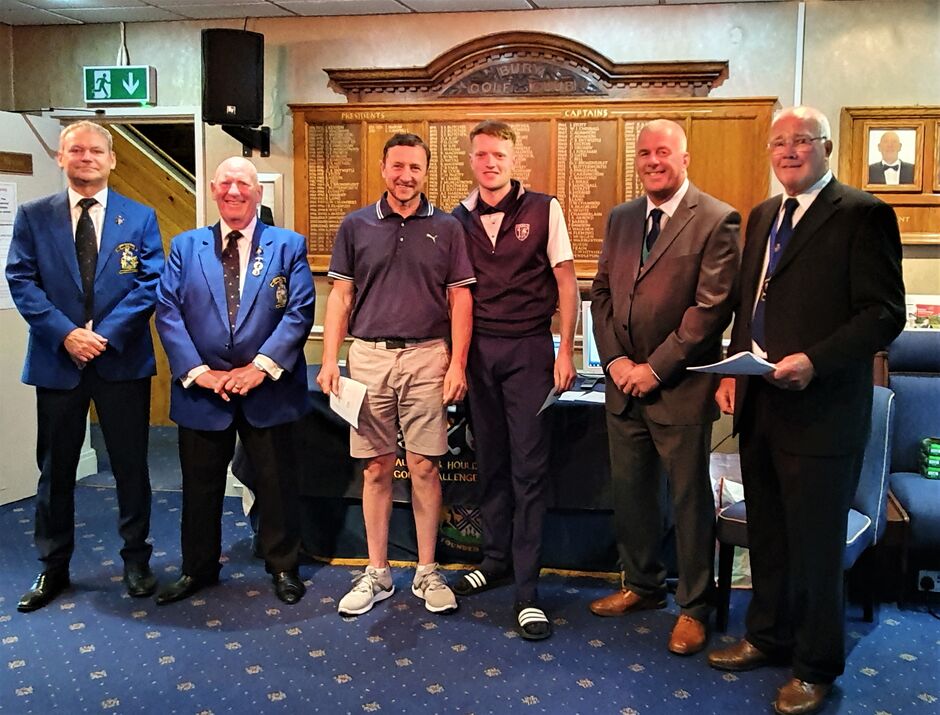